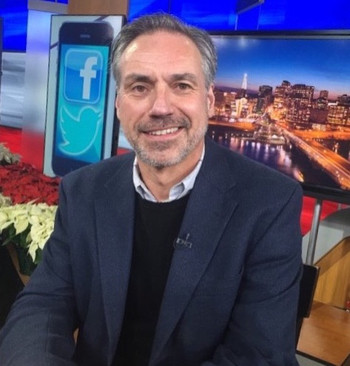 Pioneer in the mobile art movement, Mobile master, Award-winning photographer, iPhoneographer, Book Author of "Phone Photography for Everybody iPhone App Techniques / Before and After"  Paul J. Toussaint recently acted as curator and owner of The Empty Spaces Project, Gallery on Main, Putnam, CT.

Paul J. Toussaint had the foresight to embrace iphoneography when mobile photography technology was in its infancy., thus making Toussaint a visionary in this art form. Toussaint, a traditionally trained photographer, is hailed a pioneer in the iPhonic art movement by mastering the use of apps to create fine art images.

His first solo exhibit titled iScapes A Photographic Journey Through the iPhone sold over fifty pieces.

As His popularity is growing, so is demand for his images and expertise.
The Apple Store in NYC brought in Toussaint for their Master Class Series.
The Worcester Art Museum invited Toussaint to be the first ever artist in residence program.

The Institute of The History of Art, Paris, France included his "Stranger with Candy", image as an example of mobile photography as a new art medium.

The advent of iphoneography completely transformed Toussaint's  photographic eye sending his complete body of work through a metamorphosis. He is ranked one of the top iPhoneographers in the world and one of the most successful in the country.  He was bestowed with the title Mobile Master from Dan Marcolina in the e-book Mobile Masters Crossing the Threshold.

In addition, Toussaint’s fame is spreading on the Internet. The iPhotographer online magazine has titled Toussaint as their "Breakout Star".  Artscope Magazine, wrote, 'The artist to watch",

Toussaint has had many of his award winning images exhibited throughout galleries in the United States and Europe.

Toussaint has rightfully earned his place in the emerging world of iPhonic art.  His outstanding list of accolades, awards, and gallery presentations prove his art is a labor of love.